Initiating this topic as a general discussion thread for anyone looking into bringing CRDT’s in some form or another to the Fediverse.

Kicking off with an interesting resource I just found via the Solid forum Application of CRDTs to Solid discussion:

Which was earlier discussed on Hacker News

With some caveats, ActivityPub is already a pair of CRDTs. The federated protocol is a state based CRDT and C2S is an operation based CRDT. The caveats are:

Pleroma update activities will be a reply to the activity that produced the version they modify. This does not change meta data on the object itself:

As for federated move, I think this is an issue unlike any other CRDTs may have encountered because they have distributed documents, but the document hierarchies are local to each participant. At some point, ActivityPub will be mixing shared document hierarchies with personal ones. When that happens, the author of a move will have to decide whether to list or simply identify source and target collections and whether to munge the move activity, itself, to avoid leaking metadata about collections the actor isn’t sharing

The openEngiadina project is research CRDTs as underlying data structures for ActivityPub.

We have an inital write-up of the idea: https://openengiadina.gitlab.io/dmc/.

Next step is to implement this in a ActivityPub backend and gain more experience.

Just posted this on fedi to @rosano … this great video by Martin Kleppmann of Ink & Switch about the research and development of Automerge, which applies all kinds of CRDT-based tech is a recommended watch: 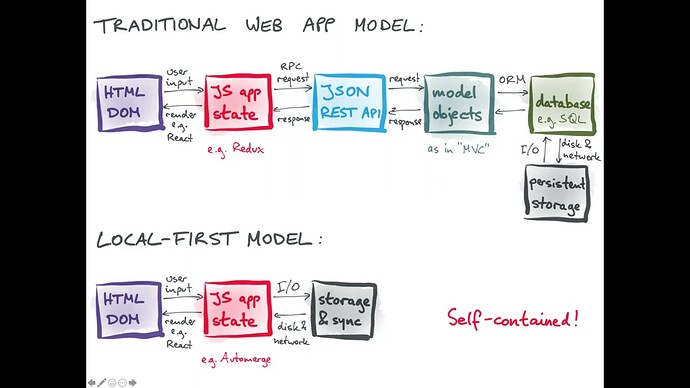 Local-first software is an effort to make collaboration software less dependent on cloud services, and Automerge is an open-source library for realising local-first software. In this talk I explain our motivation for creating Automerge, and map out 7...

It’s an awesome video and Martin is a great guy 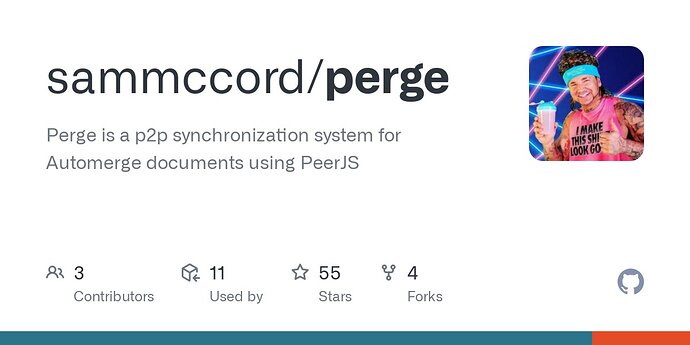 GitHub - sammccord/perge: Perge is a p2p synchronization system for Automerge...

I also worked / am working on a p2p chat app using peerjs. I could see it working via inbox/outbox metaphors but connected via a socket, rather than an http API

I found CRDT’s very enjoyable to play with, for a few weeks. My realization was that I needed a concrete use case to really benefit from them, which I’m still trying to figure out

Slight word of caution is that they can eat up resources, in unexpected (ie hard to debug) ways