Discussion: Mastodon and the Fediverse

Via this Lemmy post I just bumped into this: An Open Letter Calling for the Resignation of Eugen Rochko (Gargron) from Mastodon Development

Posting here because the broader discussion on the topic is very relevant to this community, and in hopes we can - in a very constructive way - find ways to improve on some of the pain points that are brought up, and possible others that are as yet unnamed. Note that I do not endorse the open letter, but I’ll keep my opinion and thoughts for later (might write a reaction on the Fedi Foundation website).

So if that’s true as it says, I think it’s an outrage. Deleting other opinions or blocking these users because of this is a NoGo

Doesn’t that completely contradict the idea of collaborative work?
With such behavior, you do not have to wonder why users do not want to report errors or suggestions.

I will not judge upon Eugen. Mastodon is his child. This means that it is his decision how to lead the development. I have got a different opinion about leadership, but that’s only my very own personal view and will not enforce my opinion to other people.

If there is a critical mass of users and developers who are unhappy about the project then I suggest that they should do what the open source community did in the past multiple times when comparable events happened: Forking the project. In fact this is what Eugen suggested as well in his post about people complaining about the new iOS app.

Yes, @heluecht , this is also how I feel. Eugen started the project, and brought years of dedication to it. He has practiced BDFL from the start (he’s even mentioned on Wikipedia for that), and people joined on that premise. In true FOSS fashion there’s the choice to ‘take it or leave it’. Or fork it, and he’s open about that too.

So, I won’t sign up to any open call for him to step down. Instead I’ll make a call to anyone disagreeing to Eugen to consider their options instead. And this includes myself, as - at the time I created the Humane Tech Community account (which has since become more personally affiliated to me) - mastodon.social seemed the most appropriate choice (hint: not anymore for me).

Still the open call has one Good Thing™ going for it: The discussions it triggers.

Some broader issues that could be addressed:

And there are many smaller issues that relate to things still missing in the standards & practices or lack of broad adoption. Many of these open-ended discussions in this forum.

(Like I would ideally move to a different microblogging app altogether, maybe Pleroma. But I don’t want to lose all followers when doing so, and my toot history. There’s network effects + FOMO that kept me stuck till now)

Update: I also copied this to Fediverse Futures on Lemmy.

here’s the thing about open source: if you don’t like something about how someone else is maintaining a project, the fork button is on the top right. Also, because it’s usually altruistic work aiming at making the world better, you don’t get to demand things from project maintainers.

I disagree with some of Eugen’s design decisions, too. I was in charge of VK’s official Android app for 5 years, so I have a pretty good understanding of what people want from a social media platform. Though I didn’t write an open letter to bully him and didn’t tell him how he’s wrong; I started my own project to realize my vision. And, as you can see, it’s working, because how else would I be writing this.

Everyone has the right to have an opinion.

The local timeline is the most important part of a Fediverse community, without it, there would be no identity to an instance.

And I have to disagree with this part. Instances don’t need to have an identity. They provide infrastructure and moderation — that’s it. This whole “instance is a community” thing isn’t working out because it realistically can’t. Eugen seems to start to understand that too. People have more than one interest. Having to have multiple accounts on different instances is inconvenient. But again, instead of crying about that on the internet, I opened up my IDE and wrote some code for federated groups.

Be the change you want to see.

I mentioned recently that we made the federated and local timelines optional some years ago. The keyword here is “optional”. For some folks these are the only discovery and community building tools they know, so we didn’t actually remove them. And to be fair, they weren’t removed from Mastodon either.

There are other mechanisms which work much better for these purposes in my view, such as groups. It may have been a bit premature for Eugen to begin deprecating these additional timelines without providing such a replacement, but that isn’t my concern and I fail to see any of this as a fediverse concern.

Via this Lemmy post I just bumped into this: An Open Letter Calling for the Resignation of Eugen Rochko (Gargron) from Mastodon Development

I guess what is old is new again. Years ago a similar thing happened, the Florence fork was made, it fizzled out, and here we are again a few years later. All that’s really changed is that this time around, “Eugen Rochko CEO of Mastodon” is no longer a meme.

Historically, a big problem is that users that are unhappy with a project’s leadership, would rather leave the software / Fediverse completely instead of migrating over to a fork.

I want to put my energy into helping foster a community run fork. I think Hometown makes the most sense so far. I started a nudge in that direction with Darius and maybe we could move that discussion here. Having a fork that is not run on BDFL terms seems necessary for the future stability of the fediverse. If Hometown isn’t in that scope maybe Glitch-Soc would make sense to put that energy into.

That sounds very interesting, and the SocialHub forum could be a great home for the discussion.

A communications platform that requires a separate platform to communicate doesn’t exactly instill confidence. I had to say this because this is like the fourth or fifth time somebody has created a Discourse instance to talk about building federated community on the fediverse. All it tells a newcomer or outsider is that our own tools don’t or can’t actually work for building communities. No reply or justification is necessary as the topic tends to create a lot of angst and bad feelings. I know this because I’ve been through it all before and made countless enemies in the process. My only goal is to make others pause for one moment to reflect on the public perceptions.

Not to worry, no angst here. I see SocialHub as a community just using the best tool for the job, and as the main audience is technologists they understand that we’ll not necessarily have to dogfood our own tools for that. Attracting people here is just the same as attracting them to XYZ federated platform. Eventually we may find a good federated place, and continue there.

It pains me that so many have come and gone from the fedi and I think mostly because of this governance issue. Mastodon is clearly a lightning rod for this community, not-perfect but successful enough and I have enjoyed contributing to it, while blissfully unaware of so much of the history and context. In any case…

Recognizing over the past couple months that successful FOSS projects do exist, and in an attempt to learn best practices, I went on a minor quest to find good FOSS project structures which led me to Pieter Hintjens. His work was partly in politics and writing but he also developed software (notably ZeroMQ’s core library) and in the process he developed a paradigm for distributed FOSS development that I can’t take my mind off of. Having understood the power of protocols, he wrote one as a community contract which was adopted and instrumental for their development.

In a nutshell, this paradigm recognizes that software tends to mirror the organization that creates it (Conway’s law). So if you want distributed software that operates independently as well as together, then you’d better have an organizational principle that allow developers to do the same. The cornerstone is about discussing and defining problems first, then merging pretty much anything that addresses a valid problem. All the QA stuff is handled through automation, devs implicitly staking their rep when they PR, and reverting when it goes wrong. This means quick merges, it means no gatekeeping based on substance or features, letting the market decide, and it just feels like software development that matches the fediverse itself.

I’m currently experimenting with a fork that operates by that contract (called C4). I think C4 could apply to many projects and alleviate a ton of friction so hope to be able to share results soon. If you’d like to help, read the contract and let me know @weex@mstdn.social.

In a nutshell, this paradigm recognizes that software tends to mirror the organization that creates it (Conway’s law).

This is so true, and great that C4 takes that into account explicitly. We are “herding cats” as @hamishcampbell likes to say, things are chaotic and that is clearly reflecting in how we are organized (or unorganized, for that matter

I don’t know too much about C4, but what I wonder and you can shine a light on, is if this methodology - optimized for a FOSS project - would work equally well for something as SocialHub, that is more of an ‘officious standards body’ - currently without real governance - where many FOSS projects are loosely involved with because their project rests on the technology foundation.

I must take some time to read more about it. Thanks for bringing up the topic and the link, @weex.

if this methodology - optimized for a FOSS project - would work equally well for something as SocialHub, that is more of an ‘officious standards body’ - currently without real governance - where many FOSS projects are loosely involved with because their project rests on the technology foundation.

I think it can and though it’s tempting to see it as a panacea, I’m really interested to test it out in different scenarios and see what the results are. Next steps might be to create a thread to discuss more in that context and then to see if a subgroup can be formed that would agree to work this way. If it works, then it should be possible to get more people onboard with the idea.

I’m currently experimenting with a fork that operates by that contract (called C4). I think C4 could apply to many projects and alleviate a ton of friction so hope to be able to share results soon.

I’ve completed building this fork after merging ~30 PRs. In this process, there was a lot of git, reading issues and merging code so also started on some tooling to help.

If you build “hard” structures, people will pick them up and hit each other with them - this is the history of the 20th century.

If you build “soft” structures, you have the issue of “herding cats” and the #stupidindividualism feedback loop.

Both of these approaches are shaped by the society they come from - we need to do composting on this social level, then plant the hard/soft seeds.

And make our social code from the froots that grow from this. 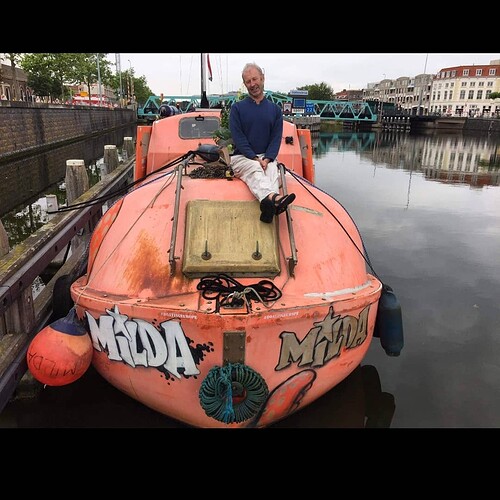 A basic #block we need to talk about.