@Sebastian mentioned an article in another topic, that led me to create this topic…

The article contains a serious distress call, and problems to discuss and (hopefully) address. The article has some a) rude use of language b) personal accusations, mentioning individuals by name c) unwarranted generalizations. So going from that basis, here’s a summary of what I read in the article:

Related to the technology and software…

Related to community and culture…

Alright, going from this summary, some of my thoughts and opinions…

All in all I see a couple of tracks by which we can improve the situation:

I’m not sure I share this absence of local culture on the Fediverse, but I guess that will vary from person to person.
I do think that onboarding is the most important step, but apart from having more moderators or admins getting more time to do so, this seems hard to change… maybe promoting sign up via request only could help?

In the meantime, here are some ideas about technico-cultural ways we could handle federation a little differently and thus lower the load on moderators (and thus hopefully make time for onboarding):

In particular, I think opt-in federation is crucial for platforms such as PeerTube, where combating disinformation is time and energy consuming but, due to automatic federation, disinformation will automatically be shared by unknowing instance until they notice and have time to act upon it.
As far as I know (not being a PeerTube admin, nor dev), it is already possible to manually approve federation in PeerTube, so all that’s left is to make it part of the culture I guess.

I do think that onboarding is the most important step, but apart from having more moderators or admins getting more time to do so, this seems hard to change… maybe promoting sign up via request only could help?

Well, no matter what is more important, encouraging to watch this video, a Keynote of ActivityPub Conf 2020 ;

My major takeouts: Smaller instances (limiting), Onboarding means “sign up via request only” here.
My software wants to build a fediverse of trust and I tried to describe first ideas …

Because I was fulltime for 2 weeks in contact with german and EU politicians and german experts (unfortunately people from other continents do not know exactly who they are).
The general demand for the EU is to build an European EU funded Social Network as it was described to the german parliament by Anke Domscheit-Berg …

“so when you as an admin were peering with another instance you are showing your set of values, and if that other instance believes that they are sharing those values, that instance can peer with you”

To the rest I agree.

Because reactions to the mentioned article range currently from
“to less sources named” until the opposite about not “mentioning individuals by name”,
I will sum up only my ideas here what we as users can do to improve overall engagement

Let us think about encouraging formats

discovery
The /about pages could have two video links

content
Voices
mp3 posting is nice on mastodon (or peertube).
In germany we have a nice format as a refesher or meta communications and it is
#DieStimmenImFediversum invented by KaptainRio / DE intro
Proposal: Do it and introduce also #TheVoicesOfFediverse and other languages …

Weekly recurring hashtags
Maybe the best way to improve engagement because people keen on the topic will be active at least 1 day in the week.
Example
A friend of mine does https://twitter.com/quiztime -> #fridayquiz and it makes engagement (and also encourages/teaches fact-checking)

networking
following is not directly solvable, just brainstorming
Reminders
I like the weekly summaries of e.g. discourse.
Google+ did it in the form of posts from people you interacted with most and most relevant topics and it engaged to come back to comment.

Chaos
is borrowed from HopIn, the world’s leading (proprietary) “all-in-one virtual event platform”
[not checked if they borrowed it from Open Source] :
Let’s say, you have a networking button which connects you to random people.
I was so surprised at digitaleurope Masters of Digital, it is like a lottery.
It was perfect, you meet people across the whole democratic spectrum, some very clever and if you “win” you have a new fellow. Improves connections (follow by random discovery, not only algorithm suggestions)

How can we do both: Send people to the streets (well theoretical, I know about pandemic) and make them frequently come back with content sharing to mastodon?

I really like your ideas, @tfardet. Now, tbh, I don’t know anything about how instance admins currently go about their business and which automatic tools they have at their disposal versus manual procedures. And I wonder whether more documentation and discussion at SocialHub are in order. Maybe just like Guide for ActivityPub users and Guide for new ActivityPub implementers we need a Guide for ActivityPub Admins

These are highlighting features for end-users to be offered on an instance. I wonder (and this may already exist, idk) whether the whole instance discovery / mapping of the network should be federated. E.g.:

Then in addition to that Moderation Incidents can be collected as metrics and federated as soon as they occur:

So a new instance pops up, and all across fedi people start blocking its users. There’s probably something wrong with the instance that may warrant blocklisting. Instance admin goes to the server list, sees a large incident count for a particular server, clicks the entry and gets a more detailed report on the nature of said incident. Makes the decision to block the domain or not.

Here are the screenshots that came with the toot: 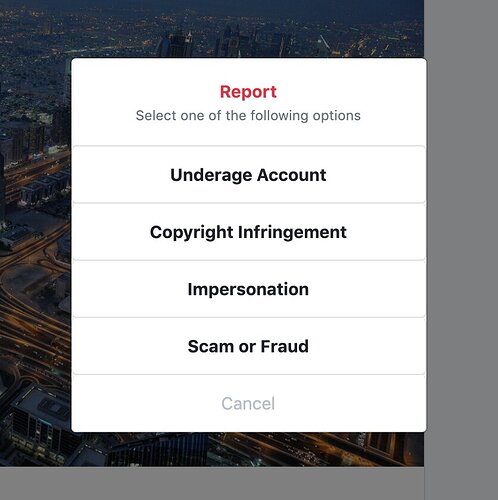 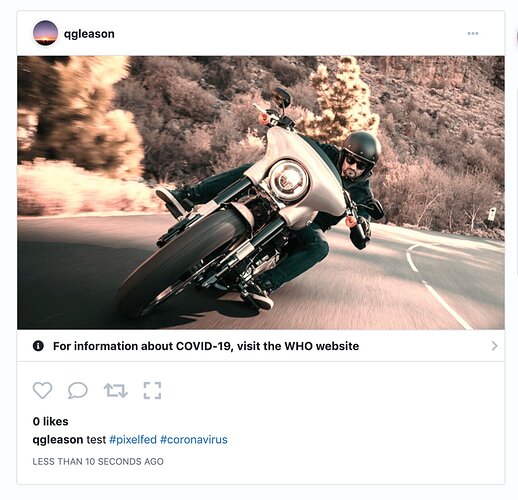 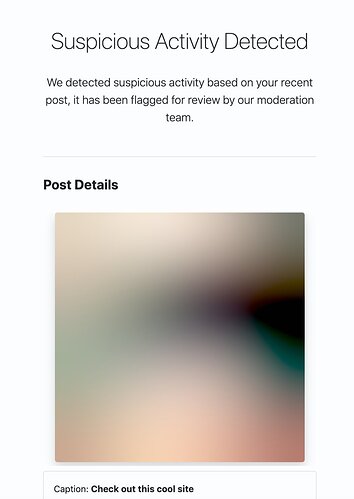 I wonder (and this may already exist, idk) whether the whole instance discovery / mapping of the network should be federated.

I like the idea of instance discovery and blocks being federated:

Regarding PeerTube, I can add additional information after some research: federation on PeerTube is already opt-in!
Unfortunately it seems that some (many?) admins use automated tools to auto-federate with other instances listed on the main server list…

I also think that automatic discovery coupled to opt-in via manual acceptance from the admin could be a nice way to introduce more user participation: one could imagine the admin making a poll to ask people whether they want to (de)federate with instances. Of course it requires some more thought and it might not always be reasonable/doable for people to vote on all of them, but maybe for specific cases it could be useful.

The following idea is brainstorm. I don’t know if this is feasible at all.

When having Federated Moderation it may also be possible to delegate moderation tasks to admins of other instances who are authorized to do so.

I have described this idea already, but from the perspective of Discourse forums having native federation capabilities. See Discourse: Delegating Community Management. Why would you want to delegate moderation:

But this extension to the Moderation model goes further… we can have Moderation-as-a-Service. Experienced moderators and admins gain reputation and trust. They can offer their services, and can be rewarded for the work they do (e.g. via Donations, or otherwise). They may state their available time and timeslots in which they are available, so I could invoke their service and provide 24/7 monitoring of my instance.

The Reputation model of available moderators might even be federated. So I can see history of their work, satisfaction level / review by others, amount of time spent / no. of Incidents handled, etc.

Let me offer a different perspective:

…replicate and perpetuate those from their previous environment; thus they are unlike to change the problematic behaviour. They rather mitigate effects, as @aschrijver mentioned, in a palliative way.
Granted, we need short-term solutions. But, as we create a future here, I strongly believe it is our responsibility to go beyond them.

4.1. On an individual level, there are several proven methods usually used by people leaving various kinds of addiction (and I do not have in mind psychoactive substances, rather abusive, dysfunctional and toxic social relationships). I can imagine some kind of counselling, offered by a community to newcomers, if changing their behaviour appears to be hard for them. I am a great admirer of nordic larp tradition as a tool to re-train or instil social skills, but certainly, there is a much wider palette available.

4.2. On the network level, I think we should invite already existing communities, known as either healthy and supportive or at least successfully struggling with mainstream toxicity, to become co-creators of fediverse. Offering them technical support in building their fediverse presence could create examples for other communities and perhaps some kind of best practice codification, from those who can prove their proficiency in creating communities we believe we need.
Again, my experience is limited, but at least three examples I can recommend:

I imagine fediverse as a multidimensional project, helping people transform their individual and social lives towards more cooperative, healthy and mature dynamics. We need partners to achieve this, and I hope my perspective may help find them in less obvious places.

Thank you for those insights @pskulski! Yes, I see merit in both.

To a certain extent this is already at work in the Fediverse by the culture that emerges from the way people interact and the backgrounds (the majority) are coming from. I feel this already works to root out a lot of the toxicity that newcomers bring from elsewhere, once they start to grasp and understand more deeply how fedi works. And because previous toxic behavior ‘just doesn’t work’ within the more moderated parts of fedi (places where anything goes are different, but such instances are rare and likely to become widely blocklisted).

This is a great link, thank you! Think what I described above is an example of Herd Competence (taken from Nordic Larp concepts).

Just going from description on the main page gives inpspiriation. Quoting (highlights mine): “Some aims and ideals typical for this unique gaming scene include immersion, collaboration and artistic vision.”

Collaboration is a well-established concept we strive to achieve between the interoperable apps and communities on the Fediverse. But immersion and artistic vision are very interesting to explore in more detail. When I think “immersion” it needs not necessarily be in a game context, but ‘becoming emerged in the culture of the fediverse’. It can be reflected in UI’s and projects in the ways they bring their story and functionality across, language use, etc. Consider for instance Framasoft and their Contributopedia as good examples of this.

On the network level, I think we should invite already existing communities

Agreed. We need ‘domain experts’ and collect their input and cooperation. Also to take this to a higher level this thread needs to be promoted to a project, so we can track things in a more structural manner.

I will be happy to join any effort towards this goal.