If I understand correctly, the relationship between Solid and Inrupt Enterprise Solid Server is similar to GitLab CE and the proprietary GitLab server. That is, the main driving force behind both are the same people but their goals are conflicting. The community attracted to the Free Software version have motivations that can (and certainly are) different from the motivations of the Inrupt company which (that’s the definition of a company) is about making money.

That kind of conflict of interest is something I’m watching closely when and if I choose to use a Free Software. In the case of GitLab, for instance, I decided to take the risk that the commercial interests of the company driving GitLab will eventually make it difficult, if not impossible, for me to use the Free Software version. My discomfort grew over the years (a number of essential features are implemented but not published as Free Sofware, such as mirroring a repository) and I’m happy about the prospect of moving to Gitea which does not seem to have such a strong conflict of interest.

In the case of Solid, my choice was even simpler since, to my knowledge, there is no ready-to-use Free Software implementation anyway. But since Solid was mentioned a few times in the context of this forum, I’m sure people have a different opinion on the matter and I would love to hear about it

You are basically right in your observation. But there’s a bit more to it. In addition to SolidProject and Inrupt you have the Community. These are the people on the Solid forum and circling around the ecosystem. They all have OSS focus and some create FOSS and also an independent German community branch has been created. Problem is that both from the SolidProject as well as from Inrupt until recently there’s near zero interest or time to build a vibrant community around the technology.

This has been discussed in a number of forum topics before. This might now change by the efforts of new community manager Marrelle from Inrupt who has also started an Inclusion team. I made two recent rallying cries for community to organize themselves: Should We Look for the Killer App for Solid? and Poll: Are You Satisfied With Current Community Engagement?

Why? Because I think it is very important for the technology. And because the Solid community is also the go-to place to ask about Linked Data on which AS/AP is built, we are complementary technologies. Unfortunately I have the feeling that Solid and AP/Fediverse are diverging rather than getting closer together. See also recent topic on Interop: Solid Application Interoperability Draft - Presentation videos and Solid, ACL’s and the future.

I’m not technical enough to really answer, but I can relay what others who have built OS “2nd brain” toolkits on top of solid have told me:
. It’s hard to use
. Inrupt aren’t focusing support on community members like them

Put the two together: they had their work cut out for them.

They have recently started a Diversity initiative under which umbrella they want to boostrap some real community building efforts. Here’s the charter for that: 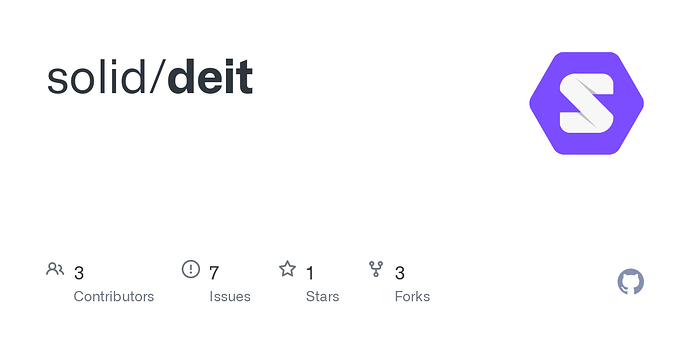 Contribute to solid/deit development by creating an account on GitHub.

It has a Gitter channel, which I’ve joined via Matrix. I already gave some feedback there, esp. on community organization as they tend to create a very fragmented set of formal boards in different repo’s and such. I hope they’ll start to use the forum as a central access point for the community, instead of having it as a forgotten backwater.