How to build sustainability into projects like this http://hamishcampbell.com/2011/03/05/thoughts-on-alt-organising-from-2007/ am wondering if this workflow has changed?

Great analysis and good article! Recognizable and probably applies beyond alt-projects as well. Don’t think much has changed, and maybe this cycle is only natural. If it is, then knowing about it plus anticipating is a means to mitigate its negative effects.

One aspect I feel is missing, is that these ‘persona types’ are too tightly bound to people, while I see them more as roles or stances. In that regard people are able to wear different hats if they have sufficient insight in their position and influence on a project (and are open-minded, willing to adapt). Some people may swap hats throughout the project based on perceived needs (i.e. they can wear multiple hats with grace).

The Fediverse having an anarchist structure does not mean that we cannot organize ourselves democratically and have to be satisfied with oligarchy. (It is just why I did not like the term governance body that much.)

The more democratic this group is organized the more credibly can we claim to speak for the Fediverse.

The Pirate Parties have been experimenting with such systems and I have not studied this in detail, but had the impression they feel it worked. Liquid democracy - Wikipedia

Already mentioned is model I like a lot: the citizen’s Assemblies, an advisory council of random citizens. It is reasonably democratic (still not completely representative as you cannot force people to participate, leading to self selection) and much better than just voting because people inform themselves and derive a much more nuanced position than just yes or no on a question. Citizens' assembly - Wikipedia

It seems possible to recreate something like that online; for interactive discussion time zones would be a bit of a problem, but with discussions in multiple over lapping time zones and some iterations that seems solvable.

Yes, indeed. I hadn’t considered it in that light. I think it will mitigate the problem even further, as people can hop around between projects & communities while still being active for the same cause.

Liquid democracy is interesting as a concept, especially what is says about the role of technology… highly applicable to fedi.

Some of that has a resemblance to an old article: The Tyranny of Stuctureless
Final part of the text offers some guidelines to follow:

There are some principles we can keep in mind that are essential to democratic structuring and are also politically effective:

I think this is also present in the Sortition mechanism that @hamishcampbell has outlined.

Good find, this is the foundation text of every grassroots movement I have been a part of - it’s what the “sortation governance body” is based off.

Worked in “modern tribalism” for all my life. Squats, protest camps, climate camp to indymedia, RTS to XR and even the horror of occupy. I like Rainbow Gatherings as a working example of this culture. They have been going 40 years and the core is still based on the founding traditions. These came from the Vietnam War rather than the mystical hippy shit people talk about.

The fedivers at its best is close to tribes than anything else, but it has to cross into the mainstream so thus the modern digital take on tribalism. If I set up a wiki you up for helping to make this happen - think the is the feeling to do it from the long convastion on mastodon. 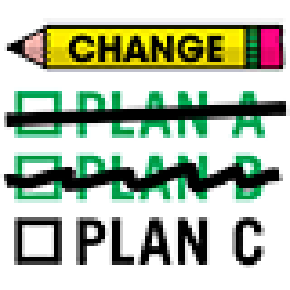 Brining together the draft text on the dev site. You can edit by creating a gita account and then joining the repo.

(when I edit the tital it changes the URL…)

(when I edit the tital it changes the URL…)

Discourse will redirect if the title has changed, just like GH does for repo names. The ID in the URL is the important part. You might use URL’s in shortened form too by replacing the title part with a dash ‘-’ char i.e. https://socialhub.activitypub.rocks/t/-/1497 (you might even leave out the dash, but it is not recommended)

Its gitea, the wiki is only average. Can you have a look through and think of better names

And likely more… need translating in to NGO/funder speak without losing its meaning or changing the process.

|I really need help to translate into NGO English

This looks like such a bunch of stuffed shirts who do you think we should talk to NGI FORUM 2021 | Participants about funding grassroots tech and governance? 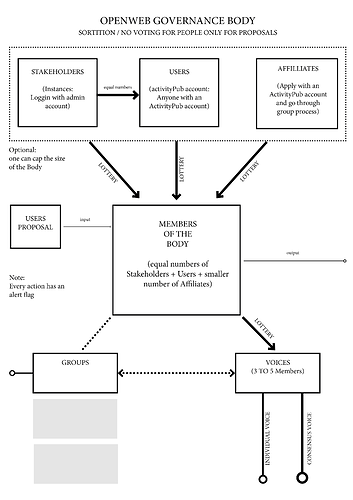 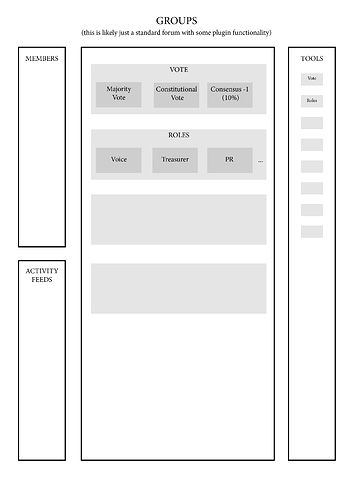 Some comments on the governance model in the figure.

Good points, some have been answered all ready some need some thought. Will post replay soon

I do not see much reason to give administrators of servers so much power. I am admin myself of a small instance. That is not much work. Maybe because the users are nice; I never had to moderate. There are people who self-host an instance with only themselves. I see no reason to treat them differently from normal users.

We don’t decide who should get the voice from each instance - this is up to each individual instance to decide in their own way who talks for them. We just use the admin check to tell if the person registering the account is a “representative” of the instance - we can open this up to mods as well. So if instances wants one of their user accounts to be the voice then they would have to bump them up to mod or admin.

The idea is to ALWAYS moderate as much POWER downwards to federate responsibility, fedivers native styaly.

The would be other automatic checks

Then the is the human community - would then be user/stakeholder flagging as an option to question if an instance belongs. (TOS)

When an instance registers it would pop up on the body activity feed before it becomes a member giving people time to flag it/discus it if needed.

At the #OMN we have to work quite hard at moderating and removing SPAM and dealing with right-wing attacks on our 3 instances, so it is work - the instances are the WHOLE of the fedivers so deserve a voice that they currently do not have.

Equating accounts with people is not always accurate. I legitimately have four accounts, that is not being a sock puppet. One as human; partially in German. One as scientists; only in English. One for an open science project. I also maintain a feed, which is work in my case, but in other cases will just be a blog feed. How do we handle feeds? The open peer review system I am working on has one AP account per article, there are humans doing the peer review, so it is not a bot or a blog feed, but there is no one to one relationship between people and accounts.

We simply ignore this issue, if you have multable USED accounts and be a instance admin and run a support group or two you will have multabe accounts in the lottery.

AGEN if people start to take the piss and game the system the human flaging comes in to mediate this issue. Secondly if few people are taking up the roles the solution is to be more human to get more people involved - this will dilute the problem.

The solution is ALWAYS more people - the lottery will shift bad groups out if fresh people of goodwill join.

We keep it #KISS one user is one activertypub account with basic checks to see if it is active and human then relay on flagging for blatant abuse.

An example the lottery might choose 4 of your accounts as stakeholders in one go… then it’s up to you to resign 3 of them, so 3 new stakeholders can be choicen - and yes you could keep them all as sock puppets, but you would likely be found out and flagged to be removed so not a good long term thing to do.

My though is we don’t HARD code this and keep it as a tradition, but this would be up to the group, we just set the default.

A government that does not distribute goodies somewhat proportional to power will be toppled. Developers have well above a third of the power, giving them less than a third is asking to be toppled or ignored.

That a good point about goodies - the group can setup a treshery group using openclective or something less NGO and then use the tools to provide funding and pay expesise as needed.

The instances are NOT the developers - the codebase have limited say as affiliates - so mastodon would have the same voice as any other code base that jumps the basic criteria and gets excepted by the body as being a part of the fedivers.

This body is mediating the shifting of power from the .01% to the 99.9% who make up the fedivers - it’s a compromise that the body itself can decide the balance of this shift.

WE JUST SET THE DEFAULT and provide KISS tools and structure.

Yes the power is not the normal power of courts and police… this might or might not be an problem.

It looks as if the current system would debate any question brought up to by any user. That will be much more than anyone will be willing to handle. There must be a prioritization. Especially if we work with randomly selected people; part of citizen’s assemblies is a long phase of people informing themselves and consulting experts.

Any user can put in a proposal that would appear on the activity stream of the body - its then up to the body to actually do something with it or just ignore it and let it slip off the activity feed out of site.

In this way its LOSSY.

If the body thinks that a proposal has merit its past to a group or a new group is formed, and it works its way through the process. The groups do the “long phase of people informing themselves and consulting experts.”

SPAM would be dealt with by flagging and standard fedivers moderating tools - remember the whole steam is based on activitypub so is native to the fedivers.

DEV talk The groups can be coded in two ways, we can create a new forum codebase or we can do the whole project as plugins for an existing one like discourse.org which is likely a better choice - this is up to funding and coders.

Asking people to register for the lottery will lead to strong self-selection (oligarchy). Is it possible to make a census of the Fediverse? Then we could invite people who have been selected by the lottery, which greatly reduces self-selection.

Will let an old dead imperialism answer that one:

Criticism of democracy is grounded in democracy's purpose, process and outcomes. Since Classical antiquity and through the modern era, democracy has been associated with "rule of the people", "rule of the majority", and free selection or election, either through direct participation or elected representation, respectively. Political thinkers have approached critiques of democratic political systems from different perspectives. Many[who?] do not necessarily oppose democracy by its simplest def...