Developers Meeting 7 : A standard way to query in ActivityPub

Well, redaktor is itself an Application but a redaktor instance is
{"type": ["Group", "Service"]} –
Just updated the Vocabulary Ontology with the new skohub branch.
I will document semantics there next week.

however, if we want to specify a location where application-instance-related features are to be found, then we would have to agree.

@macgirvin am I understanding you correctly? You mean that an actuator in itself is the wrong place for such application instance-related features?

In the zot6 and nomad protocols which I also develop, in fact we do place instance-related information in the root or site “actor record”, such as cryptographic methods which are supported by this site. My comment was only that we don’t really care what specific type of actor the site uses to present itself; as sometimes we are dealing with a site that is representative of an organization or group and sometimes as representative of a person or service or application. It seems silly and wrong to constrain it to be a specific type of actor which may or may not fit the underlying purpose and actual management structure of the site.

what i don’t really like about the actor is that there is no common type actor, but the base is as:object. therefore we can rather badly agree that the instance properties belong to a random actor. But we could introduce another actor “instance”, which has instance properties. anyone can then return any actor under a defined url, e.g. root, which is also of the type instance!

What we’ve been doing is to put a site actor at the root of the domain and the let the person/s running the site decide what else they want to do with it and how it will interact. Those aren’t our choices to make.

Agreed that it makes no sense to specify what Actor-type any groups or commons should be.
Also keep in mind that any Object can be an Actor in ActivityPub.
This is super important and it is used in various implementations where e.g. an Event can be an Actor too and send for example a reminder etc.

In the Ontology the Actor is just a skos:Concept (for most used Actor-types) but not an owl:Class [visually no bracket-icon] …
Maybe this is a bit more intuitive.

An alternative to constraints in types, we could simply propose special types for
Actor and Instance which could be used alongside the others. 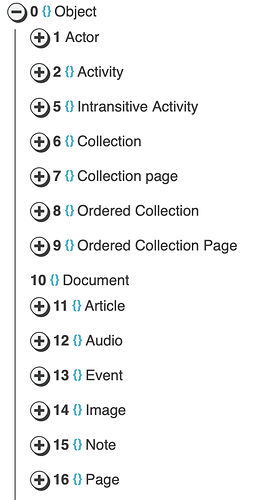 I think there also is a common misconception between what machines and users must “understand” in ActivityPub.
This is why I asked Evan, the author of ActivityStreams if we could do a meeting or fedi.camp session because between AS and AP him and James Snell had nice discussions about how to describe potential actions to other machines.
This included also plain http workflows but scoped to ActivityPub:
Basically the other party only needs a resulting Action with a name and maybe an icon.
It can then present an according button under the Object with an inReplyTo-Action …
There is nothing to understand how this Activity “works”, it is just a special reply to send.

i have the feeling that we have to have useCase driven discussions, otherwise we are all running/thinking in different contexts. it is probably already hard to agree on useCases

What do you think? This might also be good for the structure of this forum.

Well, the specified “use cases” will all be implemented in redaktor: Motivation and Use Cases and as said, anything more specific just needs an URL, some types, a name, maybe an icon.
And then you can decide anything alone in your App.

We also said that we do a further meeting re. “Activity Handler” Summing up ideas from initial AS vocab discussion and for ActivityPub C2S · GitHub but the waiting list for the meetings grew very big and so, it might make a good fedi.camp session …

if anything will not work with redaktor, just raise an Issue or Pull Request in GitHub - redaktor/widgets-preview
If it is about Vocab Output, the same for SkoHub GitHub - skohub-io/skohub-vocabs 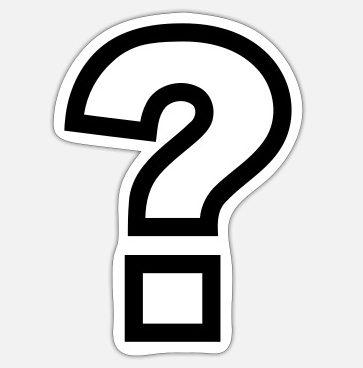 as so often, i can’t follow the discussion. if you are not as deep in the process as you are, many things are not as clear as they seem to be for you. But it could also be me

Best we clarify this at the fedi.camp in my mother tongue.

Well, I would wish, I could just replay the February meeting.
The main reason we stopped naming people and recording meetings was GDPR because it was not clear some time what is a valid recording and if it is enough if anyone agrees per audio (probably not)

Also there are so many misconceptions occurring each day again.
E.g. an example from today Sebastian Lasse: "@trwnh@mastodon.social @ta180m@exozy.me @caesar@i…" - digitalcourage.social but anywhere in the whole linked data world anything is a Set or Array by default and not 1 value. Exactly like all specifications and all the experts say all the time Linked Data: Undersold, Overpromised? - #2 by melvincarvalho

I would like to speak about concrete and real used things which are not working.
For me these are 3 things in the protocol

These were also the things which were argued and did not make it to the spec.
But all the discussion about it is public and can be read in the W3C wiki.

However, holidays now and inviting anyone to write proposals for https://fedi.camp cause it is near

The question is what is a Public Outbox cause this is another reason for misconceptions.
Everyone understands “public collection” wrong because mastodon has got a method in the API

but that is a different thing and only in the mastodon REST API.

In redaktor it is the Outbox of an instance (Group) and another misconception is that it was never made clear that you do not OAuth Bearer Tokens for a public outbox.

i never thought about an “Public Outbox” but agree, that you can interpret the public collection as a outbox of an instance. You bring questions to my mind that i haven’t had before ,-)
Making the instance to an actor is interesting, i think i will change that somehow.
Not so nice, that there is no commitment about that and about the actor type.

So, question:
At some point you said, you have problems with the output of the Ontology.
Can you describe?
I guess it might have been my fault cause at the 2 last builds I forgot to set the “base url” with the commany and so the whole page router was broken. Some weeks ago heavy rain trashed my Laptop.
At my new laptop the console history is blank and so my brain has to remind a lot of commands. Sorry.

If that was the problem: You clicked a thing and it didn’t open, then I will fix it now.
@acka47 just btw: I think, the Readme is missing 1 sentence about process.env.BASEURL
Would be super helpful when back from Bretagne.

PS: The gh pages is just a temporary location (yes, I will move away from gh but not today).

I think it’s the case, because there is some backround missing. Let’s discuss that face2face at the fedi.camp

Hey, is there no meeting today?
Should we set the date up for the next one?