masto and plero talk e.g. of ‘favourite’ while the standard doesn’t mention that terms: Activity Streams 2.0 nor in the vocabulary.

Are you aware of a term mapping somewhere? In prose?

We are currently documenting all the terms in this file where the sense it to build it as a “cheatsheet” where you can search or select from a Hierarchy etc.
It includes the official mastodon and pleroma/litepub terms and there is no ‘favourite’.

Unfortunately I have not built the file yet (will be skohub.io) but maybe it helps
asSkos.ttl (864.2 KB) (valid turtle file)

the frontends call it favourite all the time. Looks more like a FE/BE language confusion.

I’d say it is not really a confusion. Most these apps implement Server-to-Server part of the spec and have a Likes collection, where your likes are recorded as a side effect. The front-end is custom (though Mastodon API has become a de-facto standard, sort of) and here they are called favourites. It’s meaning is a bit open to interpretation, somewhere between Like, acknowledgement, bookmark, or other token of appreciation. It confused me a bit when I first entered the Fediverse, but now I think this more personal interpretation is charming. Likes carry less weight than on Twitter.

the frontends call it favourite all the time. Looks more like a FE/BE language confusion.

Actually they don’t call it that at all, the myriad of frontends overwhelmingly call it “Likes”. Perhaps the sense you’re getting is from only looking at the one or two Fediverse servers that you menioned earlier are pretty much the only two to use “favorite” as you mentioned in your OP:

masto and plero talk e.g. of ‘favourite’ while the standard doesn’t mention that terms:

So yes, your observation of FE’s and BE’s using different nomenclature is… sort of correct. With respect to the UX one could say this is so, but even then, the majority of all social media platforms in the Fediverse call it “Like”, including, but not limited to the following:

And others as well, but without crossing protocols beyond ActivityPub, the overwhelming majority of ActivityPub speaking Fediverse platforms use the correct terminology of like.

And Just as @Sebastian pointed out above in the quote below, such is the case with respect to the specs as well:

Finally, I should point out that masto, as you referred to it, is pretty much the only platform that uses toots in their UI. Almost universally, others use the term post, a couple “Save”, or “Publish”, while AFAIK, Misskey is the only one that actually uses Note (and Renote, instead of Boost), since that’s what it is specified by the official w3c Activity Streams Working Group’s recommendation.

Bottom line, it’s probably best to decide for yourself what you want to call something in the UX you provide to your users; something they’ll immediately find intuitive for them hopefully, coming from mostly deprecated legacy systems like the vertical monolithinc silos of Faceplant, Twitter, and InstaSPAM, etc.; all the while bearing in mind that ActivityStreams has it’s own nomenclature in development

I hope that helps!

thanks, that’s a nice boat!

Basically @tallship said it all

Well, first thought that the documentation is meant but of course, front ends serve a different issue and no matter what they call it (in which context), it comes down to the ActivityStreams Like Action ending in a Collection.

Then your action end on your server in the liked Collection :

This is a collection of Like activities performed by the actor , added to the collection as a side effect of delivery to the outbox.

And withinin the object it ends in the likes Collection :

May be a property of any object. This is a collection of Like activities referencing this object, added to the collection as a side effect of delivery to the inbox.

So, no matter what the frontend calls it, the spec. Action is Like.
The projects initially mentioned also have documentation mastodon and pleroma
But basically it raises the question of declaratively declaring workflows.
In meetings 4 years ago, we talked about how we can declare what Actions and Labels derive from which action but the only thing documented for now is “Potential Actions attached to objects”

Can you point to it? 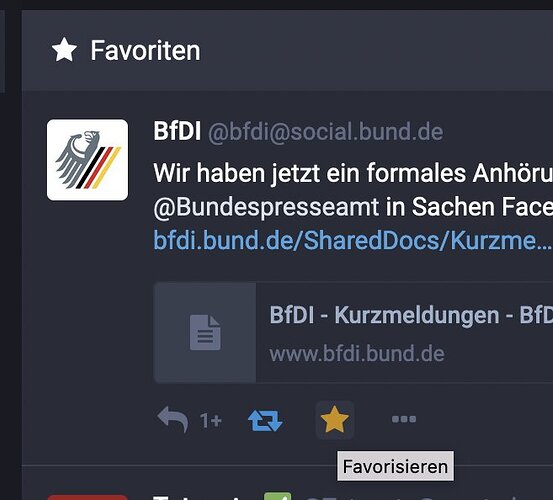 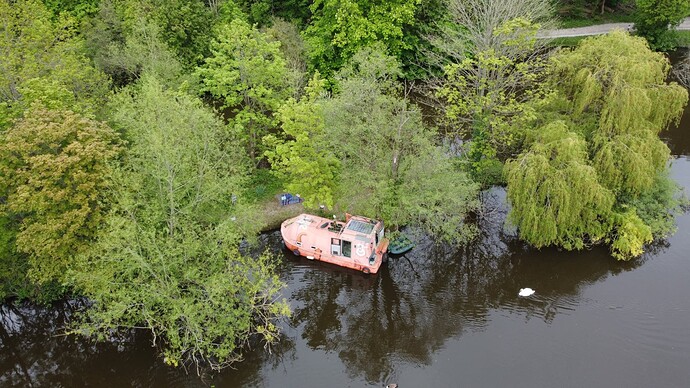