A Welcome Bot for the Fediverse

Related: I have been thinking about a welcome or etiquette bot, that instance admins could suggest, or have auto-followed by new users.

It could take many forms, but some of the basics would relate to welcoming and informing about fedi-etiquette.

Obviously a bot like this would’t replace the welcome a community instance might offer, but it might be useful for on-boarding, and establishing a common culture across instances.

This sounds good in theory, until you realize that the fediverse is more than just Mastodon and Pleroma.

The software I am working on has radically different UX and design and such a welcome bot would not provide actionable advice.

Surely a bot informing new users about “fedi-etiquette” would be useful to more than just Mastodon… But I get your point, it would be best to have a common bot with different narratives adapted to each software.

What most people consider “fedi-etiquette” is largely mastodon-centric, and results in drama when users of software that is not mastodon-like try to engage with the fediverse.

I think that we should not try to normalize working around bad software design (for example, all the “CW your $topic posts” because the author can’t just out-of-band tag their posts and the recipient can’t set her own effective filtering) as a technical community which is supposed to be forward looking.

Honestly, I’m looking forward to seeing the next crop of AP software, especially the non microblog-centric stuff I think you might be referring to.

You are right about the masto/pleroma-centricity, on some level it should be the responsibility of each software to facilitate the on-boarding experience. One problem is that most seem to be coming from Twitter and bringing that culture into the federated space. Another problem, looking forward, is also that other software with existing communities may adopt AP, without considering this trans-boarding.

Why is that a problem? Users should be free to express themselves however they wish.

We all know how certain people abuse free speech to insult or harass others. Free speech is a tool for collective liberation, not a tool for oppression. But this does not seem obvious to all.

Instead, it just gives additional support to the concern trolls previously described.

That sort of messaging should be delegated to individual projects to describe the best practices of using their respective software.

I agree that it’s extremely important to provide a stellar new user experience, and that the current fediverse is severely lacking in this regard, but I’m not sure it should be in the form of a bot. I’ve seen all kinds of things shoehorned into an instant messaging UI in Telegram, and they don’t always work well in that format. It’s the same concern here over making the welcome UI based on posts, as those are about the only common feature among all existing AP implementations.

Besides, how would a bot remind someone about something? Using a privately addressed Note? That won’t work with Smithereen as I intentionally reject anything non-public. How would it explain privacy settings if Smithereen has none? Also Smithereen doesn’t have pinned posts. And hashtags. IMO, it’d be better if every implementation would create its own onboarding experience that best suits its intended use and feature set. As with all universal abstractions, the bot would either have to use very vague phrasing to suit all possible UIs, or be too confusing if your server software isn’t about microblogging.

Then there’s the problem of centralization. The bot will be hosted on some instance, and, in a sense, the rest of the fediverse would depend on that instance, thus somewhat defeating the purpose of decentralization.

The one thing that doesn’t seem to be addressed by anyone is the discovery process of the people you already know. Mastodon claims to solve discovery by having public feeds (instance and global), but those only help you see random people you don’t know — which is not what most people want. I can’t repeat this enough, but it’s absolutely crucial to have some form of (decentralized) global search that would at least allow associating user IDs in centralized social media to ActivityPub IDs. I’m thinking about using something like a DHT (distributed hash table) made out of instance servers, but this has never advanced past my thoughts and so is still open for debate. This alone would go a long way to solve the dreaded “I’ve signed up, now what” problem.

The bot will be hosted on some instance

Why? It could as well be designed collectively, adapted to each software implementation, and hosted there. I see no reason why a single bot would be useful. That is, each instance would have a version of a welcome bot that would provide one or more narratives for the Fediverse, and one or more narratives for the instance itself. Does it make sense ?

I think it does make sense in the way you present it @how. And with the idea being about a sort of general AP extension, it may be moved to #fediversity:fediverse-futures category, for a bit more brainstorming? Fits better than #community (which is more about this forum and related sites).

Suggesting to take a look at the indieweb bot. 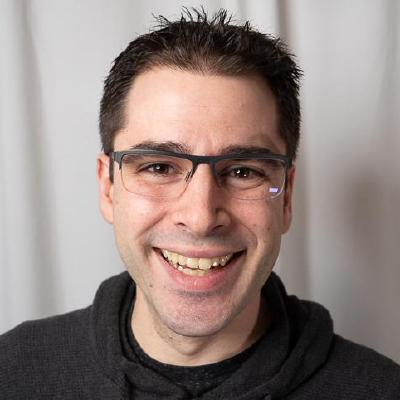 Loqi is a friendly IRC bot. Contribute to aaronpk/Loqi development by creating an account on GitHub.

But use Loqi please only for welcome and questions.
Otherwise Loqi can become abusive.
It is a bot.

The person in question is not discussing a bot like Loqi, but something which would message a new fediverse user with welcome text.

I see.
Loqi does exactly the points mentioned. Just some more.
Since the person in question liked my post I leave it here.