Are we ready for the threats to the Fediverse and decentralization movement?

Yesterday for quite some time an excellent article featured on Hacker News written by Cade Diehm. It didn’t get much attention, maybe due to its title, but it contained a very urgent message to anyone involved in evolving The Decentralized Web. So I am posting here for you to read.

This is Fine: Optimism & Emergency in the P2P Network | The New Design...

As we enter the 2020s, centralised power and decentralised communities are on the verge of outright conflict for the control of the digital public space. The resilience of centralised networks and the political organisation of their owners remains...

Some quotes from the article:

The resilience of centralised networks and the political organisation of their owners remains significantly underestimated by protocol activists. At the same time, the decentralised networks and the communities they serve have never been more vulnerable. The peer-to-peer community is dangerously unprepared for a crisis-fuelled future that has very suddenly arrived at their door.

The article details about the demise of early P2P applications such as Napster which seemed at one time poised to win the Copyright War, and mentions BitTorrent that exposed its users to litigators.

Then it goes into the optimism we now feel for new decentralized protocols, and which attract a large user base of people with often outspoken, non-mainstream, rather activist opinions that embrace new platforms as safe havens to express themselves. But…

As we can see from history, blind faith in technically resilient network protocols is naïve and misplaced.

And further on the article goes specifically into detail on DAT, SSB - which I leave to the reader - and ActivityPub:

The Fediverse – a network comprised of Mastodon, Pleroma and other adjacent projects – suffers from the same glaring contradiction. Similar to email nodes, servers (known as Instances within this network) are branded around common interests, political beliefs or sexualities. […]

This collection of networks offers no end to end encryption. Anyone with administrator access to an Instance can read anything that travels through that Instance’s infrastructure – including direct messages. The level of risk correlates with the number of cross-Instance interactions between users.

Of course that is a known issue. One HN commenter points out, e2ee is being worked on in Mastodon. Article also mentions:

The Fediverse has also grappled with its own limitations in threat modelling, such as failing to collectively anticipate the establishment of far right and fascist political Instances – deplatformed refugees from dominant social media platforms.

So what is needed?

[The current] global instability demands platform reform. Peer-to-peer networks theoretically offer a level of resilience, safety and community determination that may no longer be possible with these incumbent powers. The moment demands not another protocol, not another manifesto, not another social network, but a savvy understanding of the political dynamics of protocols and the nakedness of today’s networks. By embracing a reverse Shock Doctrine as a Service , developing clear, historically-grounded narratives, and building sensitivity to the user’s abilities and safety, these new decentralisation reformists can succeed where others have failed.

There is a rich but incomplete field of emergent work to draw from: New frameworks such as Socio-technical Security , and Decentralization off the shelf , exist to assist protocol designers understand and model interfaces and threats more completely and realistically. We must draw from groups that resist the Californian Ideology’s definition of identity, from the 1970s civil-rights aligned student activists who fought against digitised student records, to today’s Decolonise Design movement. Reformists must cede space for decision-making and expertise to under-represented or assailed communities.

The article concludes (emphasis mine):

We can no longer marvel at the novel interactions afforded by peer-to-peer technologies, nor perform political theatrics within these networks. We need to lay aside our delusions that decentralisation grants us immunity – any ground ceded to the commons will be met with amplified resistance from those who already own these spaces. […]

Without cohesive organisation, mobilisation to harden security and privacy and without a sincere commitment from protocol designers to revise their collective assumptions, the push back from incumbent power will leverage each and every socio-technical flaw in each and every network.

No reason why web systems and p2p cant play nicely together. I built an app this week using peerjs but delivered over the web. So you can chat from one browser to another without a central server. But also just use wget and install it anywhere. Two systems with different features complimenting each other

I think this would could get to proof of concept in a weekend for a single developer, and show how p2p and federated systems can cooperate

This is a really useful article, and provides some interesting links that I look forward to following more deeply.

One thought from https://decentpatterns.xyz/ that strikes me is this: “One of the missing aspects are tools that developers and designers can use to understand how to build applications.”

As an AP developer I find myself doing a lot of work understanding protocols and writing code to interface with them, which I know has been done by others but not shared. And open source in general has almost no desire to do UX/design work, and when it does it’s generally not done in a way that is useful to developers of other projects.

This is a valuable article. The elephant in the room in so many utopian discussions about decentralization is a total amnesia about our history, from the evolution of the net, to deeper political-economic history. One of the most powerful levers that the centralizers use to resist decentralization is their financial “capital” (ie large pools of money). For any other form of decentralization to work - from federated social media and chat to consensus decision-making and participatory budgeting - it depends on sustainable decentralization of economic exchange.

From the thread about kleptocracy on the Humante Tech Community forum:

One of the sub projects, Hyptis, will provide Distributed Finance capabilities. While this is very nice and targeted to small-scale application, it will enable commercialization of the Fediverse in one way or other. And this can speed up adverse developments that we are not able to handle.

To grow the solidarity economy, we need to work independently of capitalists without becoming allergic to money. Yes, capitalists use money to buy control of our work and we need to avoid that. But to do that sustainably, we need to find cooperative and distributive ways to manage money, fund projects, create secure livelihoods for workers, and so on. Dmytri Kleiner offers an unusual and valuable perspective on this, although I disagree with him on a few things (eg his take on copyright, copyleft, and his Copyfarleft concept are utterly wrong-headed IMHO).

Do you know Duniter-Ğ1? We will put videos about it in this peertube. International community (mostly french). Website catalan; website spanish.

But to do that sustainably, we need to find cooperative and distributive ways to manage money, fund projects, create secure livelihoods for workers, and so on

Yes, but… In my experience is not only about to have “the right tools”; it’s about adoption, it’s about understanding the connection between big concepts. Trying to explain that I coordinated a book called “Totes les lluites són una: tecnologies ètiques per a la transformació social” (All the fights are one: ethic tech for social transformation).

It seems to me that the “ESS” (Economia Social i Solidària) I know (catalan sector) doesn’t fully understand the Internets as a set of tools WE must shape and construct… In my experience, free software is painful for the catalan-ESS and it makes me sad to try but not sucess… See the “xarxes locals” (social networks): it’s clearly a local timeline of a local node but it seems they don’t understand federated-tech even if is the same concept that a regular federation…

Last thing I tried (this week) is to offer a three month course to Educoop participants about “digital communication” including talks about GAFAM and licenses, and workshops about the Fedi or basic design with Inkscape. We’ll see if it happens…

Yesterday I tried to connect to BBB but I couldn’t… I will try today again. I see it’s at 17h (5pm), right? I hope I hear you all there

My point was more that the ethical tech movement can adopt and use the economic “code” of co-ops etc as a way of sustainably funding our own work, regardless of what the existing co-op movement does with its tech use. Buy I agree it does make sense for the existing solidarity economy to defend their own software freedom, by using and supporting ethical tech, and this is another potential source of sustainable funding for us. As you say, it will take some work on our part to convince them the transition pain is worth the benefits, and to make sure that the software we recommend really is ready to everyday use by non-geeks. Perhaps we need to research, write up and propagate more case studies like this one about the Co-operative Assistance Network Limited (CAN) in the UK using Loomio?

Yes, and coops can adopt and use the “collaborative organization way” of ethical tech movement

I was surprised with “Mon parcours collaborative”. There is an interesting report that shows that coops and associations don’t know much about digital collaboration tools and practices… I think I’d get the same result in Catalunya… Why? Because it seems to me there is no time to stop and think…

and this is another potential source of sustainable funding for us

That’s the thing! Our networks, our tools, our rules (people, tech and mutual agreement). Shared infraestructures, glocal nodes… the possibility of other economies out of FIAT world…

it will take some work on our part to convince

In my experience it’s exhausting and you risk to be insulted… If you try it, I encourage you to protect yourself with a huge amount of humor and empathy… I’m very sorry to say this and I wouldn’t want to offend anyone but I really feel I talk with “digital alcoholics” (because their overuse of dopaminic tools) :_(

to make sure that the software we recommend really is ready to everyday use by non-geeks.

That’s why we proposed “Equipaments Lliures” and we had the idea of the book “Totes les lluites són una: tecnologies ètiques per a la transformació social” …

Some experiences here In catalan, sorry…

At the risk of labouring the point, we don’t need to convince existing cooperatives of anything at first. We can just start using cooperative companies or B Corps to avoid the problems that come from being dependent on funding from billionaires and corporations (via either venture capital or philanthropic charities), or on purely volunteer labour. Loomio is an early example, but there is now a whole movement of “platform cooperatives” doing this. I suspect that as this movement grows, the existing co-ops will get more interested, but that’s a bonus (for them and for us), not a requirement for us to get benefit from using cooperative company structures. 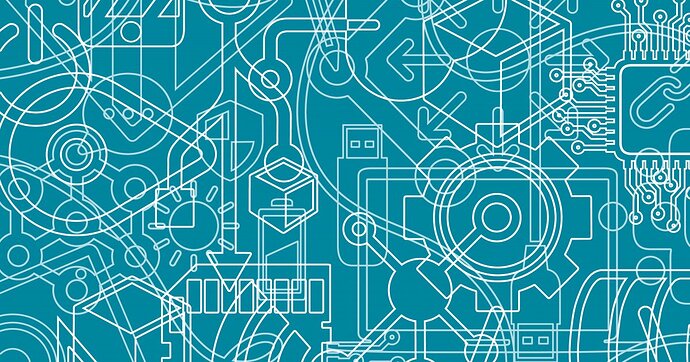 UnFound is for founders looking for a different way to set-up and run a platform business. It brings together entrepreneurs that would like to develop their digital business in a more collaborative and equitable way.