People on there seem to be very excited about all the blockchain stuff, but there’s a #fediverse channel that IMO is worth checking out. It’s a good chance to get many new people interested in ActivityPub! 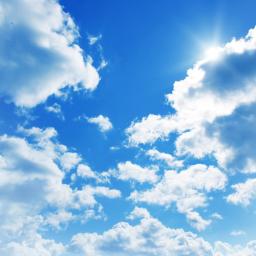 Would love to get some more AP developers in the room. @dansup maybe youd grace the room with your presence?

I joined the discord!

I didn’t. I’m not so sure I want to entice Twitter to adopt AP and I have this article post among my concerns in that regard (among others).

Been chatting with these guys and AP is part of the things they are evaluating, as is solid and a few other protocols like Gun

So a p2p federated end-to-end encrypted blockchain, got it

I had a look in the discord.
It seems, a good portion of the socialhub discussion is shifting from here to there.
Probably this is what twitter wanted to achieve

Anyone can come up with a new protocol. Everyone and their dog is doing it these days. I am not against innovation. In the context of coming from a big name like Twitter, they are carrying the baggage of the name of a poor platform, so it would be way more meaningful to make use of an existing protocol than try behaviors that look like Embrace, Extend, Extinguish of an existing independent community.

which decides about presidents …

It seems they’re just trying to capture links for internal teams to research. They want to keep tabs and do periodic rumblings about decentralization so investors don’t get worried. They did get a lot of traffic for those first days but it’s kind of a ghost town now.

I can never understand how free software developers can be so naive about politics and how neoliberalism works.

I was very impressed with the mind set, and I personally think Dorsey and co are operating in good faith. Remember of course that he doesnt completely control twitter, in fact he was ousted before, and got control back

Bluesky want to do a comparative analysis all the different systems, see how they can use it, and see how they can contribute to it. There’s not a huge ‘internal’ team on this, mainly one guy reporting the CTO from what I can tell. I liked him alot when we had a call. Tho if they come up with a spec, the engineering team may implement

I met gargron (of mastodon) for the first time on their early chat thing, I didnt know who he was at the time, but he was also extremely helpful

I think there’s a lot of projects, esp. self-promoters, trying to use bluesky as a way to sell tokens, which IMO is not a great vibe. But there’s other good projects like Gun and some representation from Fedi

A possible way forward might be to come up with a data model for users, posts and followers (maybe with paging too). And then try and get that same (JSON) format in twitter and other distributed sites, lowering the bar for interop. Another thing could be to come up with a common framework for authentication.

This whole bluesky is so obviously a bait and switch mess

come on folks try not to lose focus.

NOTE: their business model is based on shafting devs… don’t grasp for the shiny sweets…

The problem is their mindset. For many people in the community, decentralization == blockchain. Or at the very least some p2p crap that requires a client app. They also keep wanting to reinvent the transport layer, thus also requiring a client app.

The #identity chat especially, it was like 5 times that I had to explain to people that no, storing a file with a private key is not an acceptable form of identity for any kind of non-fantasy use. Especially when said private key is literally your identity. And you can’t revoke it if it leaks. And you can’t recover it if you lose it. I guess we’re living in different worlds, because in my world, people are absolutely terrible with passwords, and the consequences of using an unchangeable, irrecoverable, non-memorizable thing as your identity would be an absolute disaster. There being an account recovery mechanism is a hard requirement. VKontakte has an entire department dedicated to just that — looking at people’s pictures with monitors with the form filled out and deciding whether to restore their access or not. I explain them all that, and then they go like “ooooh yes that’s all valid points, but that requires an authority, could we please not have any authorities, not even DNS root servers”… Yes it does require an authority. Welcome to the real world.

Yes, it doesn’t matter how nice they are. The individuation counts. And they come from something that the Fediverse was created to avoid. Coming back to it will likely kill the Fediverse and make it yet another pet of capital. The Fediverse does not need what Bluesky wants to offer. What it need is better ways to organize without Twitter. Twitter is for celebrity pattern, not something very likely to interest people in the Fediverse, or?

With all of Twitter’s money, if they only have one guy on it then this tells me that it’s not a serious project and is more likely just a public relations exercise.

They dont want too much of twitter influence in there, they want it to be more open source, and grass roots

So they have a couple people in charge of funding the project, picking a project lead, overseeing hiring people. In fact someone from the fedi could easily apply to join, if they wanted to

They do want it to be an open system, and I got a good impression that this was being done in reasonably good faith

If I were Twitter or any big tech, you would not be able to look into my strategic cards. Bluesky has a PR effect, which is nice for them, but there’s good chance imho that it is a low-cost information-gathering effort that reports to a much more serious internal operation.

Question:
After Jack Dorsey resigned from twitter, was it discussed in the discord?
What do people think about it?